It's blazingly fast and very robust as it uses Docker, nginx, LetsEncrypt and NetData under the hood behind its simple-to-use interface.

From http://localhost:3000 to https://www.awesome.com in seconds 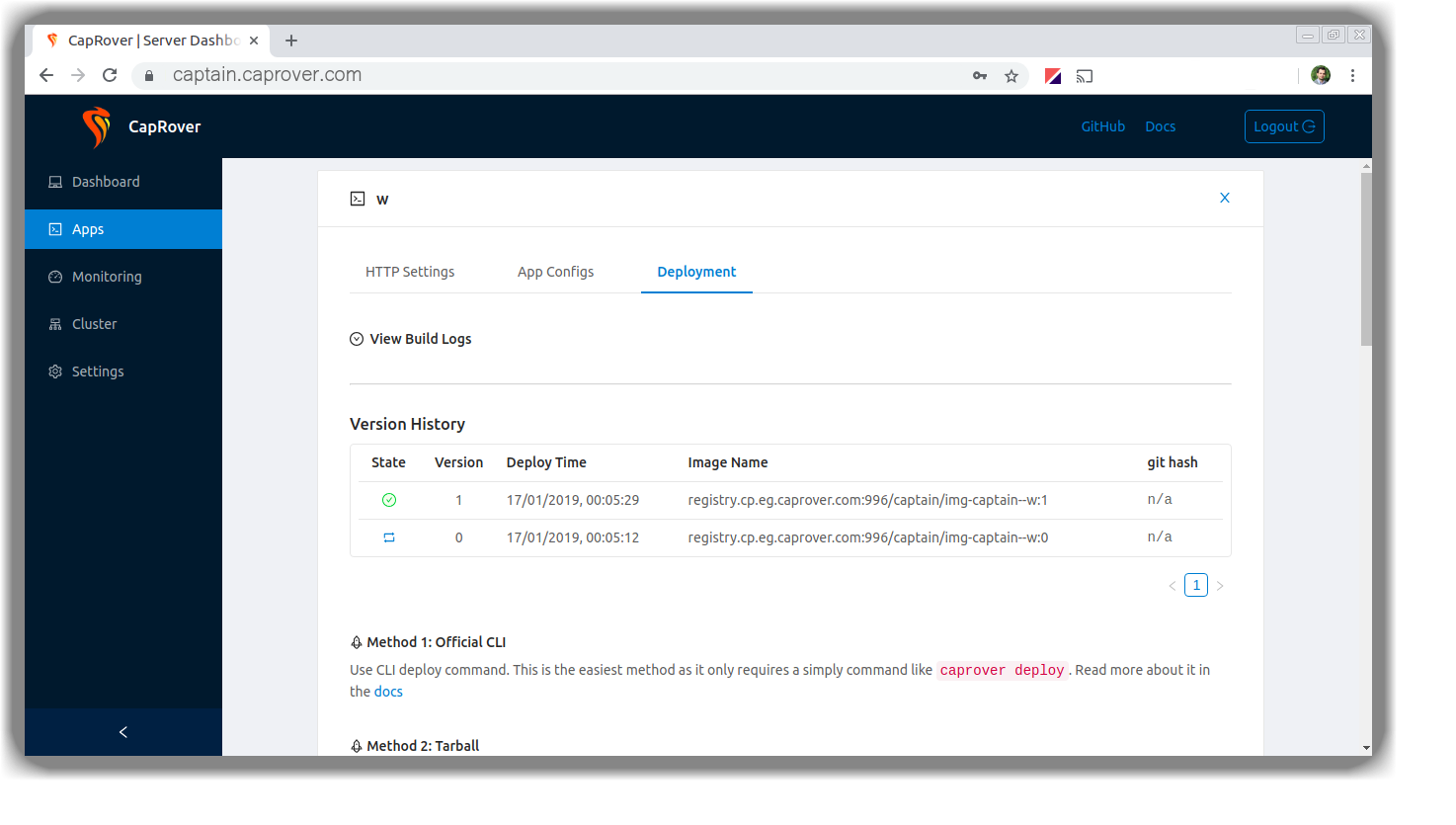 Who Should Care About This?

does not like spending hours and days setting up a server, build tools, sending code to server, build it, get an SSL certificate, install it, update nginx over and over again.

uses expensive services like Heroku, Microsoft Azure and etc. And is interested in reducing their cost by 8x (Heroku charges $50$/month for their 1gb instance, the same server is 6$ on DigitalOcean!!)

enjoys a platform where installing MySQL, MongoDB and etc on their server is done by selecting from a dropdown and clicking on install!

likes to enjoy the power of Docker and nginx without having to learn them or deal with their settings scripts to make things work!!

knows Docker and nginx inside out, and enjoys a platform where basic operations are done, yet allowing them to customize any specific settings if they need to

Ability to secure your services over HTTPS for FREE, ability to automatically redirect HTTP to HTTPS.

Deploying one-click apps is a matter of seconds! MongoDB, Parse, MySQL, WordPress, Postgres and many more.

Many ways to deploy: upload your source from dashboard, use command line caprover deploy, use webhooks and build upon git push

Focus on your apps! Not the bells and whistles just to run your apps!

CapRover Workflow at a Glance 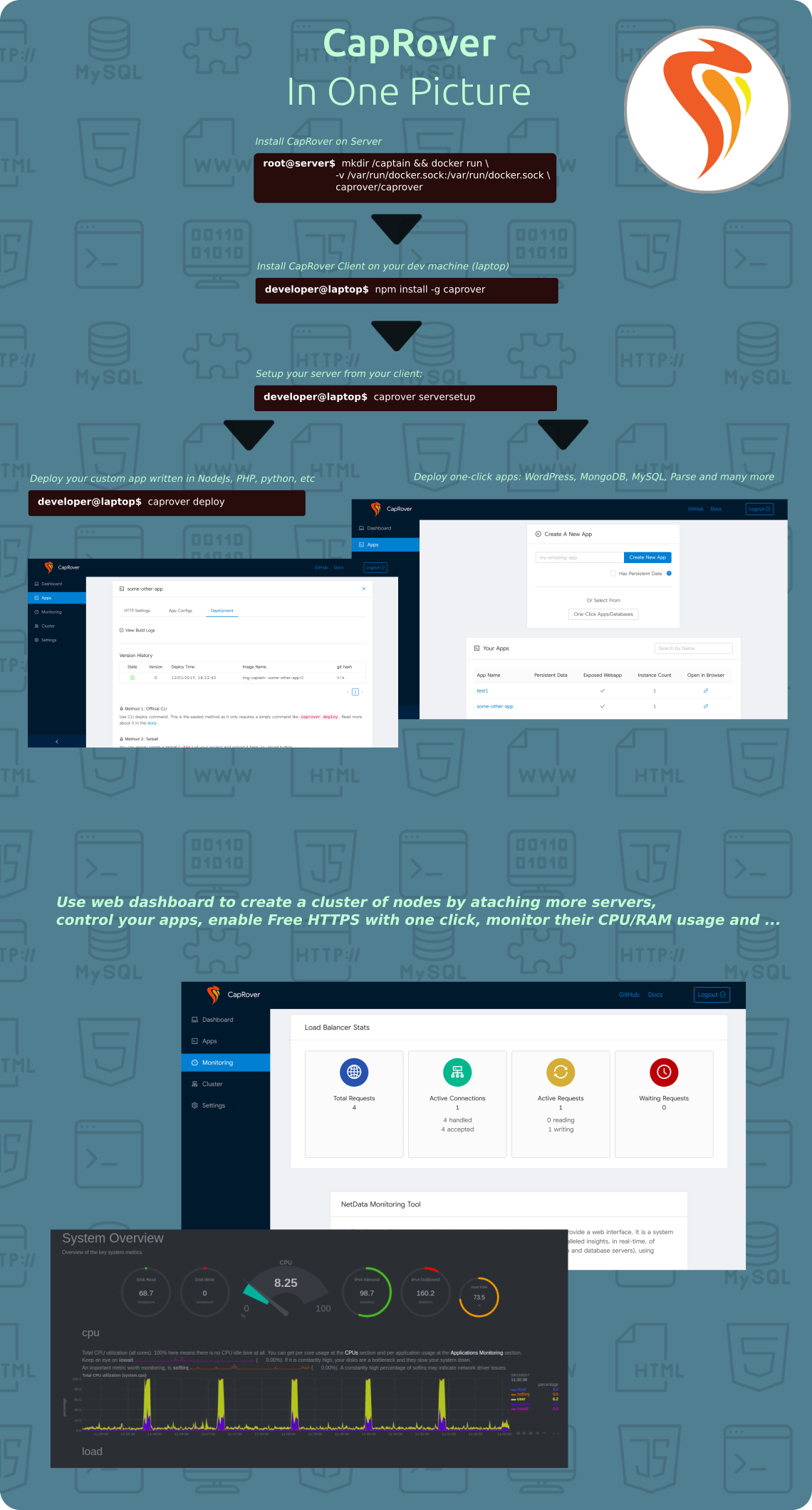 CapRover Architecture at a Glance 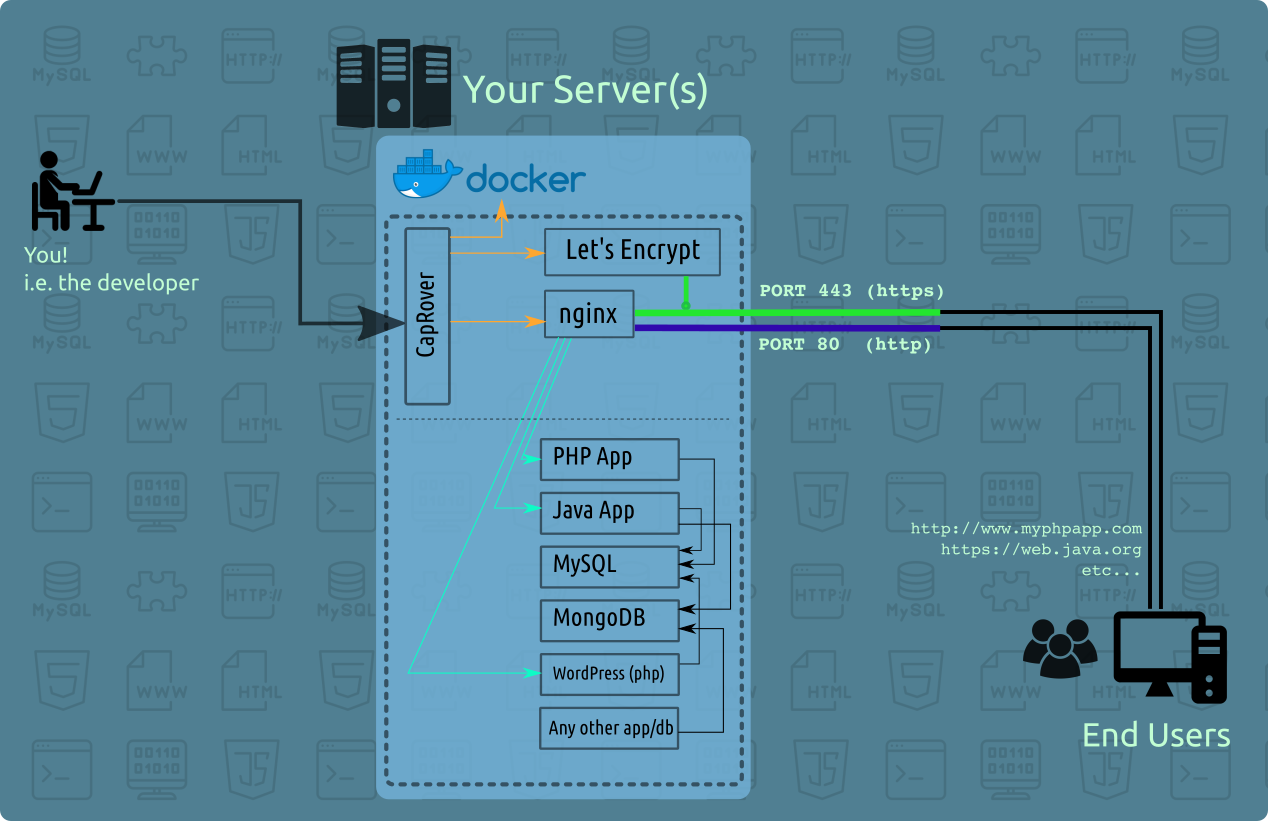 Ready to give it a shot?